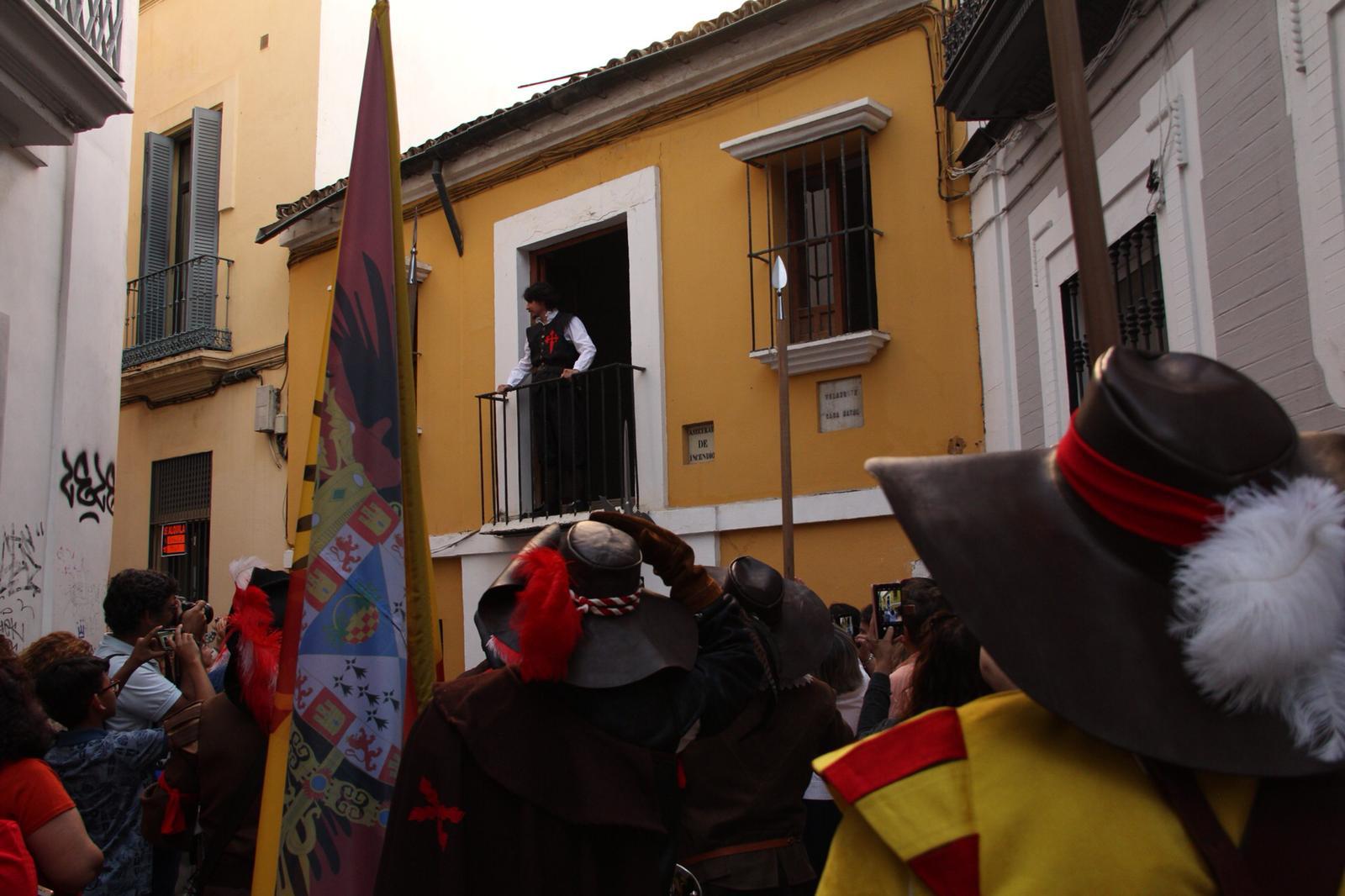 By the end of the 16th century, the first child of a young couple belonging to the lower nobility (very low, according to some historians) was born in Seville. The father of the child realised the artistic talent of his firstborn and as time went by, the young artist made history by eventually becoming one of the most famous Sevillian painters in the world. We are of course talking about Diego Velázquez, whose memory is still very much alive in the Andalusian capital. Do you dare to follow his footsteps through different corners of Seville?

Just like other historical geniuses such as Mozart or Goya, Velázquez’s birthplace is the perfect starting point for a tour of Velázquez’s Seville, which is a great place that reveals the city’s true Golden Age. The house where the Baroque artist spent his early years is located in Padre Luis María Llop Street, in the heart of the old town and just a few minutes walk from the Hostel Central Sevilla. Pay attention to the street signs because this is a house that could easily go unnoticed at first sight.

Behind the Cathedral of Seville, in the heart of Santa Cruz district, we can find the Venerables Sacerdotes Hospital, headquarters of the Focus Foundation and the Velázquez Centre. This former hospital for priests is home to some of the most outstanding works by the Sevillian painter. Without a doubt, the jewel in the crown is the canvas painting of Saint Rufina, considered to be one of the master’s best paintings. We should also mention that the building is worth a visit because of its architectural uniqueness and undeniable historical interest. Among its most imposing sections are the vault over the central staircase and the interior courtyard.

The streets of the 17th century Seville

Velázquez lived in Seville until at least 1623. This means that the author of The Surrender of Breda was one of many Sevillians who inhabited the city at its moment of greatest cultural and economic splendour, which was by then approaching its end. A good way to follow the footsteps of Velázquez is to immerse oneself in the streets and urban spaces that the immortal artist was able to take a stroll in.

The streets of Butrón, Ciriaco Esteban, Descalzos and Empecinado still exist today, and in Velázquez’s time they were some of the liveliest streets in Seville, with numerous shops. Special mention should be made of Feria Street, known at the time as Ancha de la Feria, which was one of the longest streets in the city. Would you like to recreate a typical day in the life of Velázquez? Take note of these and the other streets in the old town and plan your route from the Hostel Urban Sevilla.

Did you know that the exact date of Velázquez’s baptism is recorded in history but not the date of his birth? It is believed that his birth this took place shortly before he was baptised in the Church of San Pedro, so this is the first Sevillian place that welcomed the future genius. This parish is located next to the square of the same name, near the Setas de Sevilla and a few meters from the artist’s birthplace to which we have already referred. The church boasts a Gothic-Mudejar style and houses a memorial section dedicated to the Velázquez’s baptism. Curiously, its main work of art, the High Altarpiece by Felipe de Ribas, was built shortly after Velázquez left the city.

By 1618, Velázquez had already made a name for himself (a year earlier he had passed the tests to join the guild of painters of Seville and in 1618 he completed the painting, Old Woman Frying Eggs, his first great masterpiece). The artist was also maturing in other areas and in May of that same year he married Juana Pacheco in the Parish Church of San Miguel. Unfortunately, when you visit the site where this church used to be, in Plaza del Duque, you will only see a row of houses, since the religious building was demolished between 1868 and 1870.

Now that you’ve come to this beautiful square, take a walk to the centre to have your picture taken next to a bronze statue of Velázquez that rests on a high pedestal. As discerning travellers will note, the sculptor Antonio Susillo was inspired by the artist’s pose in what is arguably his most popular painting, Las Meninas.

Finally, no tour of Velázquez’s Seville is complete without a visit to the Museum of Fine Arts. But be warned; this art gallery only holds two of the artist’s works. 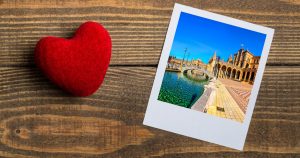