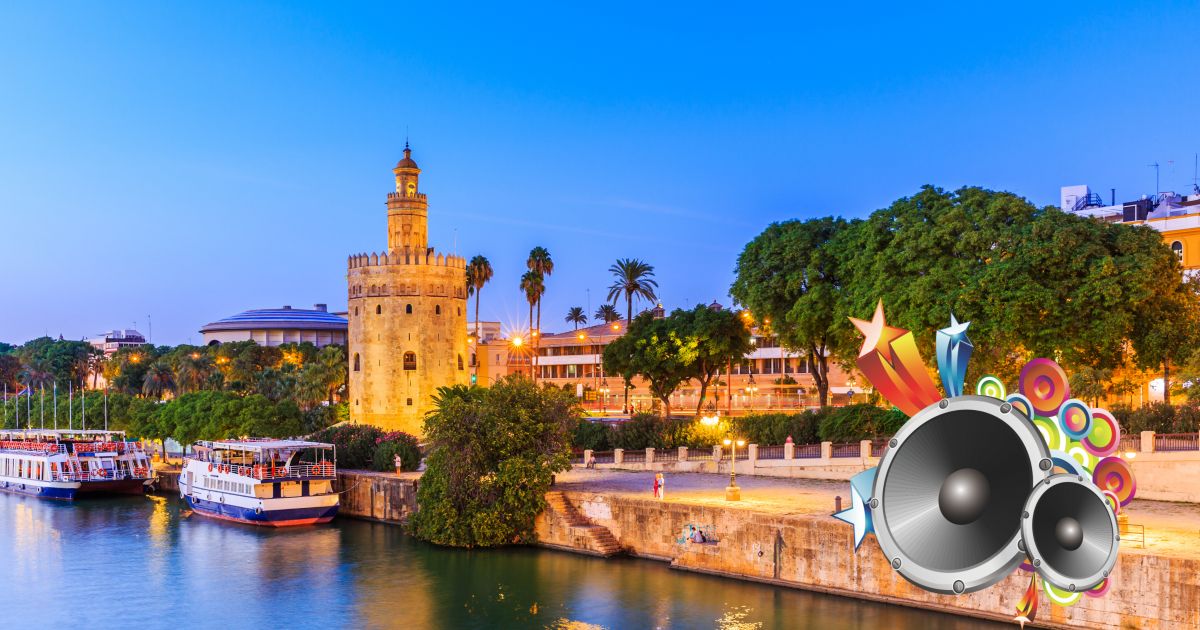 March is the last month of winter… or the first month of spring. It is, therefore, a change of season that visitors especially appreciate, since the hours of sunshine per day increase significantly and temperatures become increasingly mild. Seville will also welcome the spring with a busy itinerary of concerts and shows. National artists, tribute bands, unforgettable musicals… Whatever the travellers’ preferences, those who visit Seville in March will definitely find a show to suit them.

Los Secrets, always by your side

Los Secretos was one of the most iconic bands on the Spanish music scene in the 1990s and continues to have a huge following of loyal fans throughout the country. Los Secretos will take to the stage at the Los Remedios Theatre in Seville, in the centre of Isla de la Cartuja, with nostalgia, emotion and great music. The performance is part of the ambitious tour that the band will carry out throughout Spain in 2020, taking advantage of their latest studio album, Mi paraíso, last year which was the Álvaro Urquijo’s first album release in four years. The concert is scheduled for Friday 6th March and will start at 9.30pm.

One Vision, a tribute to a legendary band

Although Queen is still on the road and regularly visits our country, it is clear that the band’s golden years are far from over. On March 13th, the Sala Fanatic in Seville will be the venue for the concert of One Vision, one of the most renowned Queen’s tribute bands on the European scene. In fact, the band takes its name from one of the British group’s songs and in 2019 alone it held more than eighty concerts around the world. The show will start at 21:30 and tickets are already on sale at quite affordable prices.

The Film Symphony Orchestra (FSO) has achieved something truly original by turning a symphony orchestra’s concert into a mass spectacle (with tickets selling out within a matter of days). The secret of its success? The combination of unforgettable soundtracks, a masterful interpretation, great lighting and other visual effects as well as the charisma of the project’s Valencian director, Constantino Martínez Orts. The FSO will perform at the Fibes Auditorium on Sunday 15th March, located next to the Palacio de Congresos de Valencia. This venue can easily be reached by the metropolitan bus line 27, which has a stop just five minutes from the doors of the Hostel Central Sevilla.

The Cadiz Carnival is famous worldwide for the satirical groups of performers called chirigotas, who turn the hottest themes around in an original way and with a good dose of humour and rhythm. Between the 20th and 22nd of March, some of the main groups of the Cádiz Carnival will parade through the Cartuja Centre CITE to bring lots of fun and joy to the public of Seville and to the visitors who want to enjoy a very lively day.

The little kings of flamenco

In 2017, two brothers who were barely seven years old seduced half of Spain with their spontaneity, musical talent and, above all, their innate art. The Cortés Twins became the great standard bearers of the new generation of flamenco artists and their concerts always generate great expectation among both locals and visitors. On 21 March, this endearing duo will perform at the Los Remedios Theatre, just 25 minutes away by public transport from the Hostel Urban Sevilla.

The countdown to Easter

Easter in Seville is one of the busiest in the world and preparations for it begin several weeks before Palm Sunday. The band, Cantores de Híspalis, will be holding two concerts, on Friday 27th and Saturday 28th of March, at the Cartuja Centre Cite. True to their style, the group will combine different musical genres ranging from the most classical opera to contemporary popular themes. On this occasion, the concert programme will be nourished by references to Easter, among other surprises. All those who don’t live in Seville during Holy Week have a unique opportunity to enjoy a very exciting preview.

Spring Seville Festival, the most animated farewell to winter

The Spring Sevilla Festival is the first major event to be held in the Andalusian capital in 2020 and is eagerly anticipated by Seville’s youth (although not only by the young ones but also everyone who loves festivals). The 2020 edition will be held on Saturday 28th March in the Rocío Jurado Auditorium from 19:00. The attendees can look forward to about twelve hours of music by some of the best DJs in the country.

Interesting facts to know about the Giralda in Seville